Shashi’s father Ishwara Chandra Chakravarty was an expert in ritualistic worship, and Shashi imbibed from him love for ritualistic worship. After passing out of the village school, he went to Kolkata and lived with his cousin Sharat (later, Swami Saradananda) for higher education. A brilliant student, he chose mathematics for the B.A. course which, however, he could not complete owing to the terminal illness of Sri Ramakrishna at Cossipore. 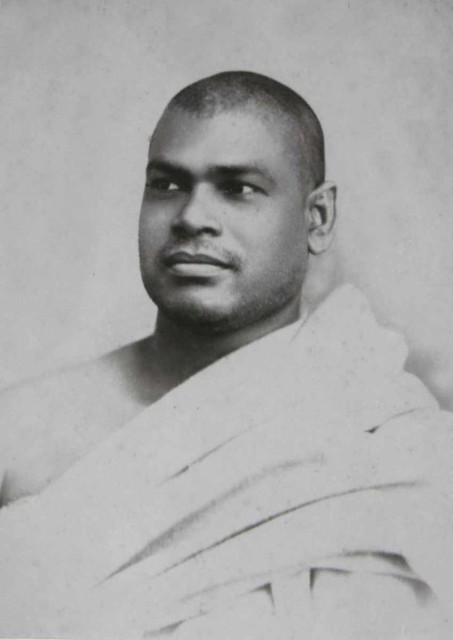 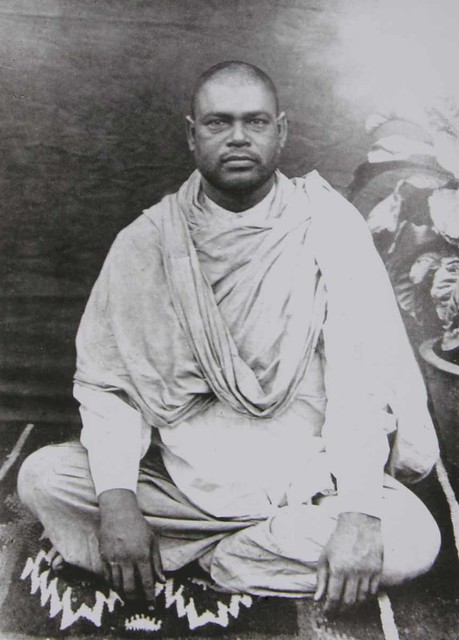 Shashi distinguished himself most by the self-sacrificing spirit and devotion with which he served Sri Ramakrishna during his last illness at Shyampukur and Cossipore. After the Master’s passing he joined the Baranagar Math and underwent sannyasa ordination, assuming the name Ramakrishnananda. He took charge of the worship of the Atmaramer kauta, the urn containing the relics of Sri Ramakrishna in the Math’s shrine. He felt the living presence of the Master, and so his worship was not a mere ritual but loving service to a living God. It was Swami Ramakrishnananda who formulated and introduced the system of daily ritualistic worship to Sri Ramakrishna that is followed in the Ramakrishna Movement.

He seldom went out on pilgrimage, and devoted himself to daily worship at the Math. But when Swami Vivekananda, after his return from the West, asked him to go to Chennai and open a branch centre of Ramakrishna Math there, he obeyed without any hesitation. The saga of sacrifice and hardship that he underwent in preaching the message of Sri Ramakrishna and Swami Vivekananda for 14 years under unfavourable conditions has been recorded in letters of gold in the annals of the Ramakrishna Movement. In the South he travelled extensively. The starting of centres in Trivandrum, Mysore, Bangalore and Mumbai owed much to his pioneering efforts.

Incessant work, however, told upon his health, and he contracted tuberculosis. He breathed his last in a state of ecstasy on 21 August 1911. 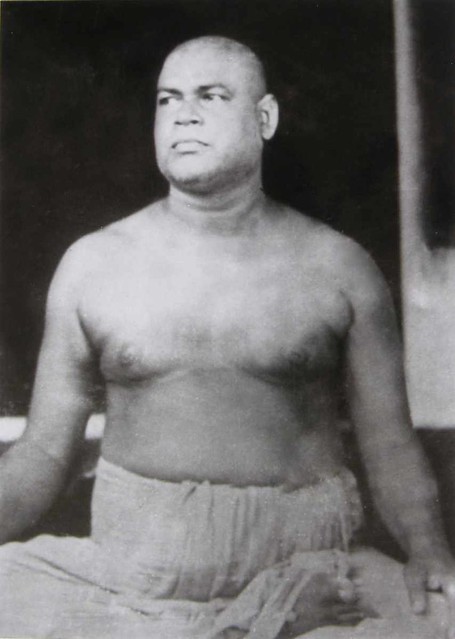 ADDRESSES AT THE PARLIAMENT OF RELIGIONS RESPONSE TO WELCOME Chicago, September 11, 1893 Sisters and Brothers of America, It fills my heart with... read more

The emblem of the Ramakrishna Order designed by Swami Vivekananda is a unique and unparalleled work of art created... read more

Education Vivekananda believed education is the manifestation of perfection already in men. He thought it a pity that the existing system... read more

Swami Vivekananda's concept of leader or leadership is not merely a position where someone gets the necessary power to... read more

THE NEED OF GURU

Every soul is destined to be perfect, and every being, in the end, will attain the state of perfection.... read more